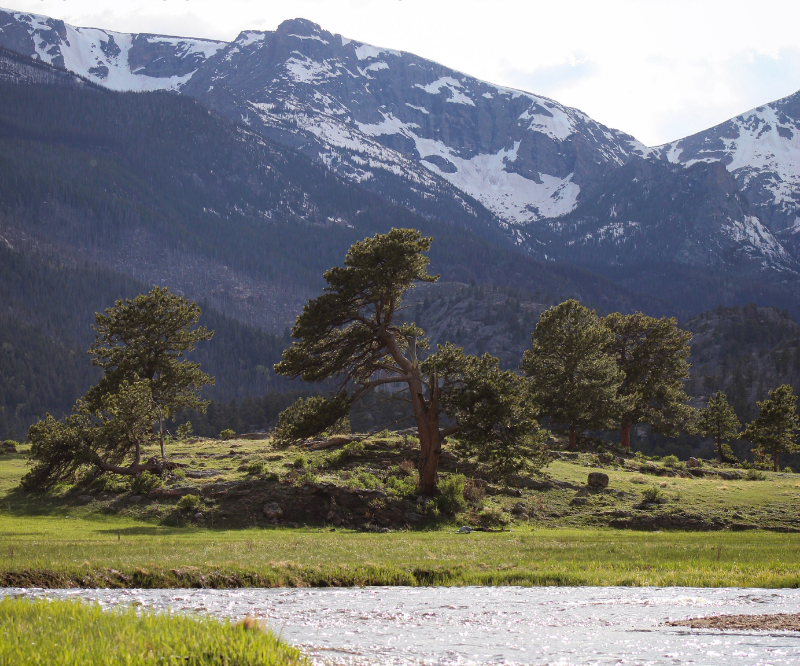 “And there in the blue air I saw for the first time, far off, the great snowy tops of the Rocky Mountains. I had to get to Denver at once”

If I could spend a year shooting at any location, this would be it. On our second day, we visited here late in the evening. Due to unfortunate circumstances, we weren’t able to get in because of a permit system. I felt like I was in the Adirondacks with their permit system. This had left us in an agitated state. Although, we wouldn’t have climbed Mount Olympus if this hadn’t occurred. Closing in on golden hour, we made our way back from Fort Laramie, Colorado. Next up, my eyes opened to a new world which wasn’t the Northeast. After this scene, I realized I’ve barely seen anything in my lifetime.

Upon our entrance in Rocky Mountain National Park, a stream makes its way down a small decline. It’s some of the clearest water I’ve seen excluding Lillian’s Brook in the Adirondacks. I’m used to seeing muddy deposits full of water, that’s the beauty in New York. Being in such places out west, many in the Northeast don’t think about the benefits of the outdoors. Hell, they probably don’t think there’s any.

Near the Glacier Meadows, I felt as if I was in a zoo. I don’t think I’d be able to visit one again after this trip. There’s a big difference between seeing animals in the wilderness versus a cage. The water flowed along the grass as groups of elk grazed among it. I was taking it in and shooting photos until something occurred to me. I remained bewildered by a group of people. This was a special trip to me as I was shooting these scenes the best I could. A lady kept asking people what the animal was, as if she didn’t receive an answer ten times over. I might’ve been agitated, considering that I felt as if this was ignorant. Whenever I’m going somewhere, I’m often researching what I’ll see there and the history from it. She probably watched romantic comedies every night.

Getting here isn’t much of a difficult task, as long as you go to the Bear Lake entrance. From here, it’s relatively easy to find if you keep driving straight. If you enjoy the expanse of land, I’d recommend visiting during sunset. If you’d like to avoid people that’ll ask you the same question, I’d shoot for sunrise. It’s my favorite time to create because it’s quiet and the world isn’t awake. Anyways, I hope you’re inclined to visit Glacier Meadows and realize how grand this earth is.

As always, I’m appreciative to anybody that took time out of their day to read this. I’m going to work on a lot from our trip to share in detail how it went. Between hiking on cliffs with only loose dirt and rope to stabilize us to grizzlies in close proximity. I’m excited to keep writing about the trip of a lifetime. Until next time, go find that mountain and demolish the day!